In 2013, the Budgerigar Society’s Club Show committee introduced a novel idea called, “Where history is made”. This was reflected with two types of pop up banners – one to reflect photographs of the exhibits that have won Best in Show at The Club Show since 2005 and the other of fanciers who are no longer with us and who contributed towards The Club Show, either as exhibitors or workers. This second banner is called, “Club Show Greats”. The banners are added to each year and are on display at The Club Show.

The Club Show Greats are: 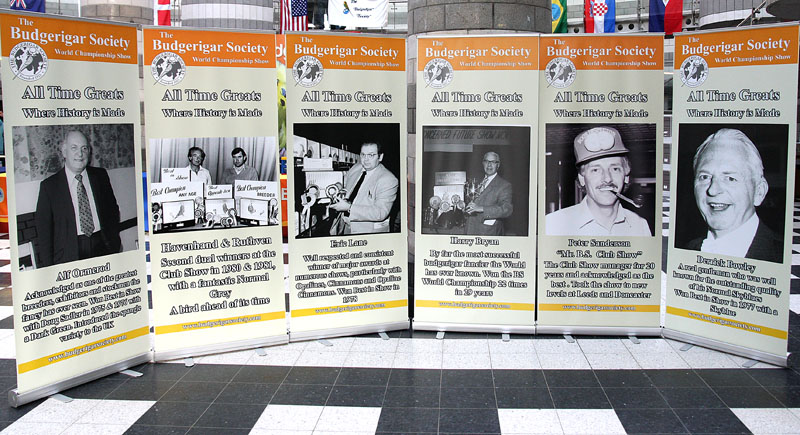 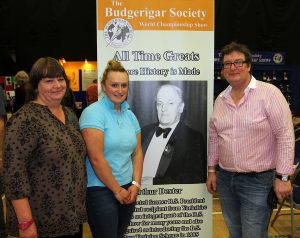 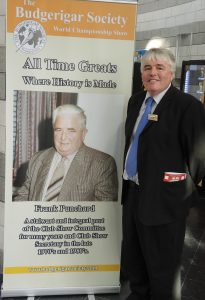 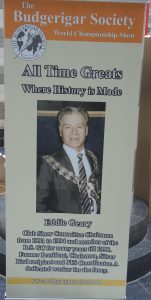 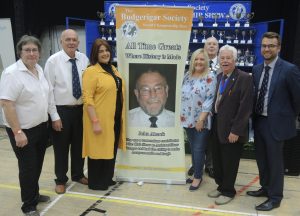 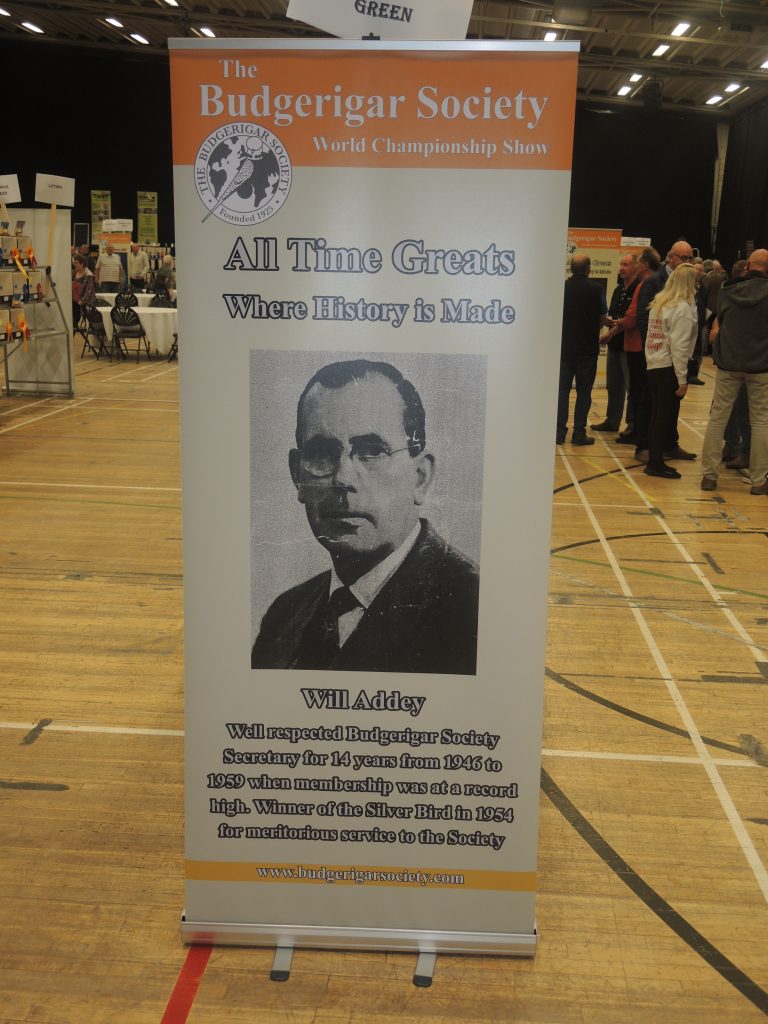 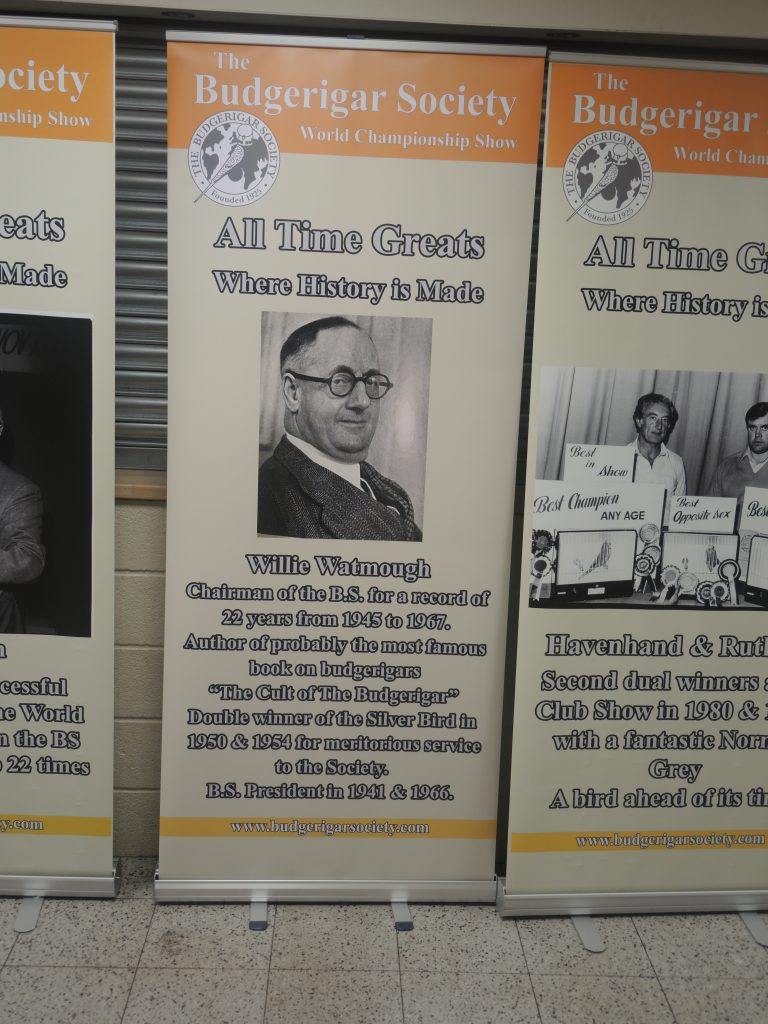