The Budgerigar Society – A Brief History 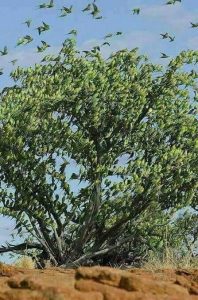 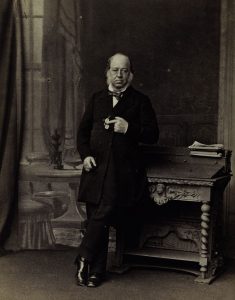 Since the naturalist John Gould introduced the small grass parakeet to England in 1840, no other variety of small cage bird has created as much interest as the Budgerigar. The Budgerigar Society in Great Britain can also rightly claim that it is the most well-organised and efficiently run society out of all branches of the cage bird fraternity. For many years, the Budgerigar has been acclaimed the most popular household pet.

February 1925 saw the formation of the first Budgerigar Club (BC) at the Grand National Show at Crystal Palace. There were 18 founder members, most were prominent personalities with titles attached to their names including eight fellows of the Zoological Society. The annual subscription was 5/- (25p).

The history of the Budgerigar Society (BS) has been eventful since that initial set up in 1925. The BS now has a membership of more than 2,000 with an office, a full time secretary/treasurer to deal with all daily queries, membership, correspondence, minutes of meetings, ring orders, for taking show entries for the World Championship show staged at the Doncaster Dome every year and many other tasks too numerous to mention.

Over the years, the Society has been based at several locations. Today, the Society owned headquarters are in Spring Gardens, Northampton and part of those premises are let to a tenant who occupies the first floor, while the ground floor meeting room is available for Society meetings. The BS administration is currently located at an office in Tayport, Fife. 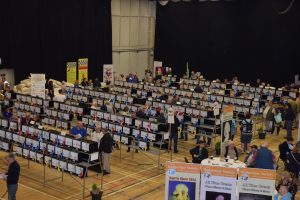 The first club show was held in 1926 in conjunction with the National, only nine classes were available, and 100 birds were benched. By comparison with today’s Club Show in Doncaster where there are some 730 classes with an entry of 2,000+.

BEST IN SHOW WINNERS SINCE 1950

And as early as 1926 the BC had patronage to offer shows with the stipulation that at least two classes for budgerigars must be provided to obtain patronage. A Judges’ Panel was formed with 11 members on the panel (presently there are 115), led by the Marquis of Tavistock. Currently the BS runs its own Judges Training Scheme, which lasts for 2 years before a trainee judge can take his/her final test to qualify as a full BS Main Panel Judge.

Within the first five years, the BC commenced issuing its Bulletin four times a year, a format that continued until the eighties when both size and number of issues increased. Standardised show cages became compulsory in 1929. A Colour Committee was formed to consider new colours and mutations, and the first of the Area Societies, Western Counties BS, was formed in 1928. The first Team Class was staged, and A.C. Hughes had begun to make closed coded rings at 25p for 100. 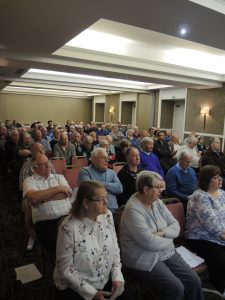 The name of the Budgerigar Club was changed in 1930 to the society’s current name “The Budgerigar Society”. This change occurred when His Majesty, King George V, accepted an invitation to become Patron of the Club and requested that the name be changed. During the mid-1950’s (the Golden Era of the BS) membership stood at 21,000.

A term used loosely for the bird keeping fraternity that consists of the Canary fancy, the British Bird fancy, the Budgerigar fancy and the Foreign Bird (including Parrots) fancy. Those who keep any of these types of birds are called “Fanciers”.